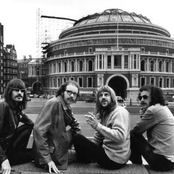 Soft Machine was a pioneering psychedelic, progressive rock and jazz band from Canterbury, United Kingdom, named after the book The Soft Machine by William S. Burroughs. They were one of the central bands in the Canterbury Scene.