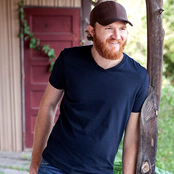 There are no Upcoming Events for this Artist (that we know of)...if there is an Event we don't know about, please tell us via the Contact link above.