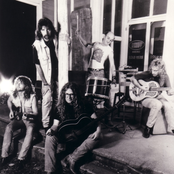 The Kentucky Headhunters are an influential genre-blending country rock group whose early albums were embraced by both traditional country and rock n roll fans, and the band maintains a cult following among both alt-country and general southern music fans to this day. One early review described their sound as "Bill Monroe meets Cream." With a solid seven studio albums under their belt, the group has won three Country Music Association awards, an Academy of Country Music award Read more on Last.fm

Upcoming Events for The Kentucky Headhunters

There are no Upcoming Events for this Artist (that we know of)...if there is an Event we don't know about, please tell us via the Contact link above.